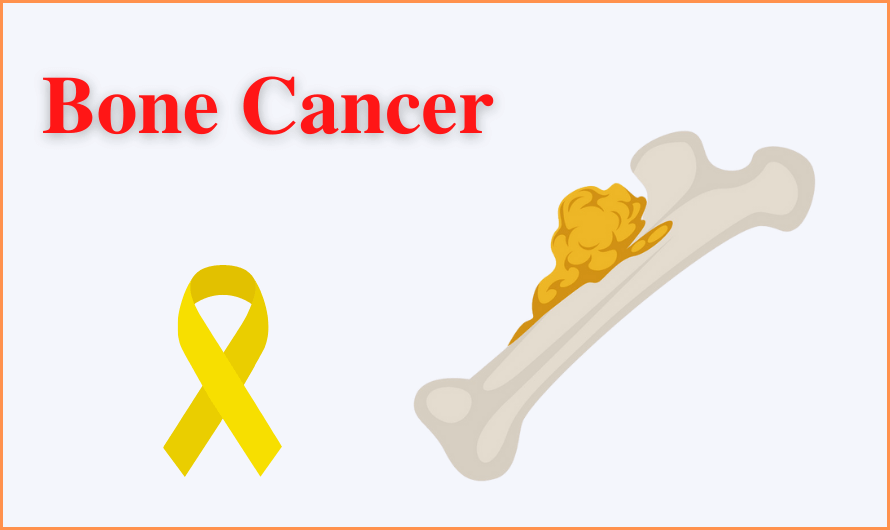 What is Bone Cancer?

Primary bone tumors begin in the bone itself.

Mainly when a person has cancer, they are told that they have cancer in their bones, but when doctors talk about cancer that starts elsewhere and spreads to the bones, it is called secondary cancer or ‘metastatic’ and this can be seen and identified in many different types of advanced cancer, such as breast cancer, prostate cancer, and lung cancer.

There are several different types of bone cancer or bone tumors. They are named after the bone or tissue surrounding the bone, which infection is affected as well as the cells that form the tumor.

Here we are talking about some types of malignant bone tumor or bone cancer which are as follows :-

From a patient’s perspective, malignant bone cancer mainly depends on whether the cancer has spread to other parts of the body. If the cancer has not spread, it is usually easy to diagnose.

According to the University of Rochester Medical Center, about 70 percent of people who get bone cancer have a lifestyle that lasts about 5 years. However, the survival rate can vary depending on the disease status.

Bone cancer depends on how advanced it is:

Stage 2 – Similar to stage 1, but it is an aggressive cancer category.

Stage 3 – Cancerous tumors are present in at least two places in the same bone.

Stage 4 – Cancerous tumors have spread to other parts of the body.

Symptoms of bone cancer are often triggered by conditions other than cancer, such as an injury or arthritis.

The symptoms of bone cancer are as follows:-

The exact cause of bone cancer is not known till today. However, scientists have found that bone cancer is associated with a number of other conditions, which include risk factors. Research is still going on, to learn more about the causes of these cancers.

Scientists have made great achievements in understanding how any change in a person’s DNA can cause cancer in their normal cells. They have found out  that the biggest cause of Cancer is  through  DNA mutations (defects) that activate ‘oncogenes’ or deactivate tumor suppressor genes.

Some people with cancer have mutations in their DNA, which they inherit from their parents. These mutations further increase the risk of this disease.

In many cases, genetic testing is done to see if a person has such a mutation, which is genetically caused by a DNA mutation.

Most bone cancers are not caused by changes in genetic DNA. They are the result of mutations acquired throughout the life of the individual.

These changes are the result of radiation or chemicals, which can increase the risk of causing cancer, but often there is no obvious reason for their occurrence. These changes are only present in cancer cells, so they are not likely to be passed on to the patient’s children.

Scientists have made great progress in understanding the process of bone cancer, but there is still some information related to it, which has not been fully confirmed.

At the present time, there is no information about the prevention of bone cancer.

The patient’s symptoms, the results of physical and imaging tests, and blood tests show that bone cancer is present in a person.

Bone cancer symptoms due to other diseases, such as bone infection, as well as imaging test results in these cases can confuse you with symptoms of bone cancer.

The correct diagnosis of a bone tumor depends on complete information about its affected location (this includes information such as the affected bone and which part of the bone is affected) and microscope examination.

Most bone cancers are visible on a bone X-ray. Due to the cancer present in the bones, the bones that are solid can appear ‘rough’ instead of solid and this can appear as a hole in the bone. Sometimes doctors can see a tumor in the affected bone, which may have spread to surrounding tissue (such as muscle or fat).

CT scans are very helpful in staging cancer. A CT scan lets you know whether your bone cancer has spread to your lungs, liver, or other organs. A CT scan helps to visualize lymph nodes and distant organs of the body where metastatic cancer may be present.

An MRI scan is the best test for locating bone tumors. These tests are also particularly useful in visualizing the brain and spinal cord.

This process helps to see if the cancer has spread from one bone in the body to other bones. It can spot ‘metastases’ even before regular X-rays. Along with this, radionuclide bone scans can show how much bone loss has been caused by the primary cancer.

A PET Scan is useful in looking for cancers throughout the body. Sometimes PET scans are also successful in telling whether a tumor is cancerous or not. A PET scan is combined with a CT scan to better understand certain types of cancer.

A ‘biopsy’ is a sample of a cell (tissue) taken from a tumor so that it can be examined with the help of a microscope. Biopsy is the only way to know whether the tumor concerned is cancerous or other bone disease. If cancer is present anywhere in the body, a ‘biopsy’ can help the doctor find out whether it is a primary bone cancer or has started elsewhere and spread to the bones. Several types of tissue and cell samples are useful for the diagnosis of bone cancer. It is very important that the surgeon who performs the ‘biopsy’ procedure to diagnose and treat the tumor must be experienced.

In a fine needle biopsy (FNA), the doctor removes some fluid and some cells from the tumor by attaching a very thin needle to a syringe.

Whereas in core needle biopsy, the doctor uses a larger needle to remove a small group of tissues.

In this procedure, a surgeon needs to cut through the skin to access the tumor so that he can remove a small piece of tissue. It is also called an incisional biopsy.

Under this, if all the tumor is removed (not just a small piece) it is called an ‘excisional biopsy’.

If this type of biopsy is needed, it is important that the surgeon performing the biopsy is also the one who will later remove the cancer.

Surgery therapy aims to remove the cancerous tumor and some of the bone tissue around it. Because if some cancer cells are left, they can grow and then spread.

Limb-sparing surgery, also known as limb salvage surgery, which means surgery in which the surgeon can take some bone from another part of the body to replace the affected bone without removing the bone Or artificial bone can also be used. However, in some cases complete removal of the organ may be necessary.

In this, high energy ‘X-ray’ particles (radiation) are used to destroy cancer cells. Radiography damages the DNA inside tumor cells, preventing them from spreading.

Radiotherapy may be used in the following cases:

Treating the patient by completely destroying the tumor, relieving pain in more advanced cancers, shrinking the tumor so that it can be easily surgically removed, and removing cancer cells that remain after surgery .

Combined therapy (radiotherapy with other forms of therapy) : In some cases, radiotherapy combined with chemotherapy may be used.

Chemotherapy is very helpful in relieving the symptoms of cancer, it is used more often for upper stage cancer patients.

Risks and Complications of Bone Cancer

A risk factor can be anything that increases the chances of a disease like cancer.

Different types of cancer can have different risk factors. For instance, exposing the skin to intense sunlight is a risk factor for skin cancer.

Smoking is a risk factor for cancer of the lung, mouth, throat, bladder, kidney and many other organs. But the presence of one or more risk factors does not mean that you will get the disease. Most people with bone cancer have no obvious risk factors.

Whereas, even in the case of people who have been ill for a long time, doctors give uncertain or exact reasons.

Patients with inflammatory diseases, such as those with Paget’s disease, are at higher risk for developing bone cancer. However, despite all this, no one has been able to understand why one person gets bone cancer while others do not. It is not contagious – you cannot get this disease from someone else who is infected. 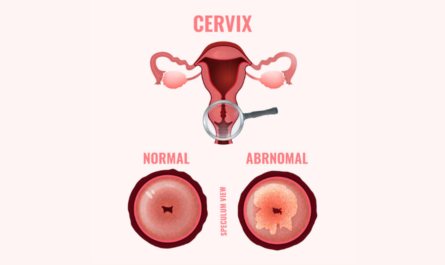 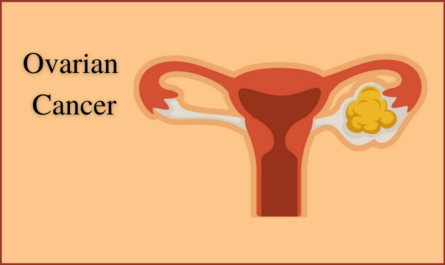