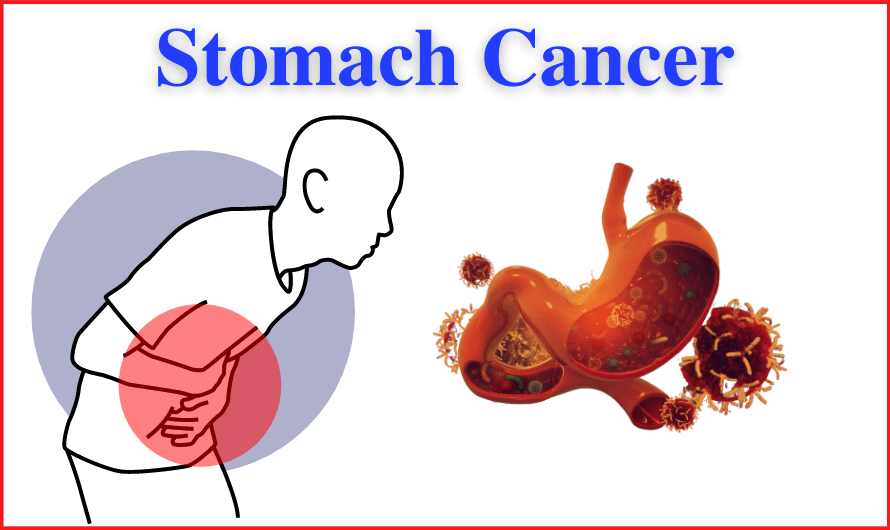 Stomach cancer, also known as gastric cancer, is a group of abnormal (cancerous) cells that form a tumor in a part of the stomach. Symptoms of stomach cancer include abdominal pain, nausea and vomiting, weight loss, difficulty in swallowing, blood in the vomit, blood in the stool, and feeling bloated even after eating less food.

Stomach cancer, also known as gastric cancer, is a group of abnormal (cancerous) cells that form a tumor in a part of the stomach. Symptoms of stomach cancer include abdominal pain, nausea and vomiting, weight loss, difficulty in swallowing, blood in the vomit, blood in the stool, and feeling bloated even after eating less food.

The treatment of stomach cancer depends on the size and location of the tumor and the treatment options include surgery,  radiation therapy and chemotherapy.

According to the World Health Organization (WHO), about 7,23,000 deaths worldwide are due to stomach cancer.

If it can be diagnosed and treated before it spreads beyond the stomach, then its patients have a survival rate of up to 67% for the next 5 years.

Stomach cancer is seen less in India than in developed countries. However, stomach cancer has been seen in large numbers in some states of India like southern and northeastern states.

According to the Tata Memorial Center in 2012, stomach cancer is the second leading cause of cancer death in India. According to reports, the death of 25,200 men and 27,500 women was recorded due to this. No estimate of hidden cases is available.

What is Stomach cancer?

Stomach cancer is caused by abnormal changes in the DNA of stomach cells to form a tumor. It usually occurs in cells located in the inner lining of the stomach, and over time spreads to the abdominal wall. It can also spread to nearby organs such as the liver, pancreas, esophagus and intestines.

The early symptoms of stomach cancer include the following –

Many of these symptoms are similar to those of other, less serious diseases. However, those who are at high risk of stomach cancer should see a doctor immediately if they have difficulty swallowing.

When stomach cancer has reached an advanced stage, then these symptoms can be-

Stomach cancer begins when the DNA of a cell in the stomach changes. This change causes cells to grow rapidly and while normal cells die out over a period of time, these cells continue to grow and aggregate to form tumors.

Over time, these cancer cells can break off from the tumor and spread to other areas of the body. This process is called “metastasis”.

It is not clear why these changes in DNA occur, although several factors have been identified that may increase the risk of stomach cancer.

Factors that increase the risk of Stomach cancer

How can Stomach cancer be prevented?

How is Stomach cancer diagnosed?

In the early stages of stomach cancer, its symptoms or signs are rarely seen. Stomach cancer is often diagnosed only when it progresses.

Your doctor will first do a physical examination of you. This includes signs of disease, such as a lump or other feeling in the abdomen. The doctor asks about your health habits and past diseases. A blood test may also be done to check for H pylori.

If the physical examination shows signs of stomach cancer, then some tests will need to be done after that. Tests are done to examine the stomach, esophagus or wherever there is a possibility of tumor.

What is the treatment for Stomach cancer?

Stomach cancer treatment includes surgery, chemotherapy, radiation therapy, and targeted drug therapy. Which option would be right for you depends on several factors such as the severity of the cancer, the patient’s health and their preferences. Your doctor will help you make the right choice keeping all the factors in mind.

The aim of surgery is to remove the tumor from the body. Along with the tumor, some healthy tissue around it is also removed.

There are three options for surgery –

For example, some medicines such as Sutent (sunitinib; sunitinib), Gleevec (imanitinib; imatinib) etc. are prescribed to patients with gastrointestinal stromal tumors. These attack specific types of cancer abnormalities.

What to avoid eating in Stomach Cancer?

What should be avoided in stomach cancer?

Some harmful foods that should be avoided. Some of which are mentioned below:-

What to eat in Stomach Cancer?

What to eat if you have stomach cancer?

Diet is considered an important part of stomach cancer treatment. Nutrition requires taking in the right amount of calories, vitamins, proteins, and minerals. Which maintains strength in the body and helps in curing diseases.

How many types of stomach cancer are there?

There are four types of cancer –

What are the stages of stomach cancer?

Cancer stages are used to describe the spread of a tumor. The stage is often detected with the help of some scans and other tests.

Knowing the stage of cancer is essential, as it helps the doctor in finding the best treatment for the patient’s disease. Apart from this, the patient also gets to know the condition of cancer well and can talk to the doctor about the concerns related to it.

Different types of cancer are divided into different stages. But usually doctors use the “cancer stage system” or “TNM system”.

Stage 1 – In this stage, the cancerous tumor is confined to the tissues of the upper layer of the esophagus (esophagus) or the inside of the stomach. But it may happen that the cancer cells have spread to some limited lymph nodes in the vicinity.

Stage 3 – In this stage the cancer has spread to all layers of the esophagus or stomach and has also spread to nearby organs in the body. It can also emerge as a small cancer and spread widely to the lymph glands.

Stage 4 – In this stage the cancer has spread to distant parts of the body.

TNM system There are three sections in TNM system – 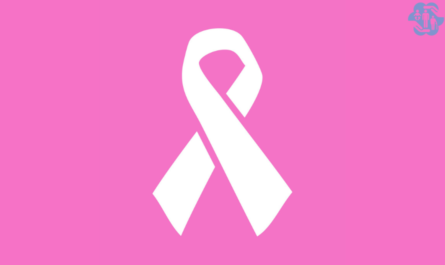 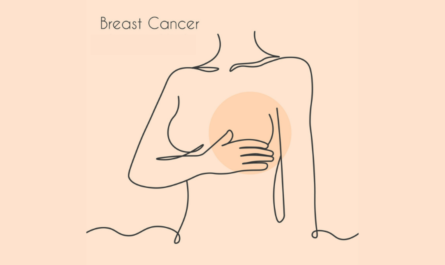