While men and women experience different conditions, some women’s health problems affect women differently and more commonly. Besides, many health conditions for women are not diagnosed and most drug tests do not include female test subjects. However, women bear special health concerns such as breast cancer, cervical cancer, menopause, and pregnancy. Women suffer from higher rates of heart attack than men. Depression and anxiety often appear in female patients. Urinary conditions appear in most women, and sexually transmitted diseases can do more harm to women.

Although some women may not have any symptoms, others may have :

Sometimes heart disease can be “silent” and cannot be detected unless you have other symptoms or emergencies, including :

Some risk factors which increases heart problems in women are :

High blood pressure, high LDL (low-density lipoprotein) cholesterol, and smoking are the major risk factors for heart disease. Nearly half of Americans (47%) have at least one of these three risk factors.

Many other health conditions and lifestyle choices can also put people at high risk for heart disease, including :

Breast Cancer, which usually originates from the lining of the milk ducts, can spread to other organs and is the most common cancer that affects women in general. The condition is more common in women in developed countries due to longer life expectancy. Initially, women with breast cancer may have a breast tumor. Most breast cancers are benign, but women need to see a health care provider.

But what is the ways to reduce the occurrence of breast cancer in women, there are many import point to be taken into consideration when you are vising the doctor.

Get to know your breasts through breast screening for breast awareness. Women can sometimes choose to get to know their breasts by monitoring their breasts during breast screening. If you have new changes, tumors, or other unusual symptoms in your breasts, talk to your doctor immediately. Breast awareness may not prevent breast cancer, but they can help you better understand the changes occurring in the normal breast and you know the signs and symptoms of the abnormality.

Drink alcohol in small amounts, otherwise. Limit your alcohol consumption to a maximum of one drink a day, if you choose to drink it.

Keep a healthy weight. If you are healthy, then exercise to keep your weight down. If you need to lose weight, ask your doctor for a healthy strategy to achieve it. Reduce the number of calories you eat daily and gradually increase the amount of exercise.

People do not know the difference between cervical cancer and ovarian. Cervical cancer occurs from the uterus, while ovarian cancer begins in the fallopian tube. Although both cases cause the same pain, cervical cancer also causes dehydration and pain during sexual intercourse.

Cervical cancer is a type of cancer – that affects the lower part of the uterus attached to the vagina.

Many types of human papillomavirus (HPV) cause sexually transmitted infections, can also be one of the causes of cervical cancer.

In the case of HPV, the immune system usually prevents the virus from infecting cervical cells. Although only a small percentage of women, the virus survived for years and contributing to this process of becoming cancerous cells.

You can reduce your risk of developing cervical cancer by having a screening test and applying vaccines that prevent HPV infection.

Ovarian cancer may be a sort of cancer that develops within the ovaries. The female reproductive system consists of two eggs, one on each side of the uterus. The ovary – each about the size of an almond – produces eggs (eggs) as well as estrogen and progesterone.

Ovarian cancer is often not diagnosed until it has spread to the pelvis and abdomen. In the next stage, it is difficult to treat Kukkunshuh cancer. Early-stage ovarian cancer, where the disease is regulated by the ovaries, is likely to be successfully treated.

There is no screening test available for ovarian cancer to date but if the symptoms like abdominal blotting difficulty in passing urine and nausea persist beyond a week then it advisable to consult your gynecologist and gastroenterologist and ask if ultrasonography or CA125 blood test are required to check for ovarian or endometrial cancer.

Surgery and chemotherapy are commonly used to treat ovarian cancer.

Bleeding as well as discharge are a normal part of the menstrual cycle. However, symptoms involved during menstruation may indicate health issues and abnormal symptoms, such as frequent bleeding between menstruation and urine, may be compatible with other medical conditions.

Sexual issues can indicate serious problems such as sexually transmitted diseases (STDs) or genital cancer. Although health care providers can easily treat minor infections, if they are not left, they can lead to conditions such as infertility or kidney disease.

A healthy red blood cell count may decrease in the mother, anemia, or depression during pregnancy. Another complication arises when the reproductive cell remains outside the uterus, making it an unnatural embryo. Fortunately, obstetricians can manage and treat common and rare medical issues during pregnancy.

Autoimmune disease occurs when cells that destroy a virus-like risk attack healthy cells. As the condition continues to increase among populations, researchers are still wondering why the condition is more common among women. Although many different autoimmune diseases exist, there are often common symptoms such as:

Most of the autoimmune system is in the stomach. In an instant, many people suffering from this condition are following traditional medical practices, such as:

However, the simplest defense against autoimmune disorder is early detection.

Osteoporosis weakens bones, causing them to break easily. Several factors can cause frequent conditions among women, such as:

To diagnose the condition, health care providers measure bone density using X-rays or ultrasound. While there is no cure for osteoporosis, care providers may prescribe medications that impede the progression of the disease, including dietary supplements, healthy lifestyle choices, or prescription drugs.

Changes in natural hormones can cause depression or anxiety. The disease premenstrual syndrome (PMS) usually occurs in women, whereas premenstrual dysmorphic disorder (PMDD) shows a similar, but much more severe, symptom. Shortly after birth, most mothers develop a form of blues baby depression, but the cause of labor pain is the same – but more robust – anxiety, confusion, sadness, and fatigue. Perimenopause, which translates into menopause, can also cause depression. No matter how severe the symptoms, health care providers may provide prescriptions for medication or drug-treatment.

Conclusively, these women related health problems are common, but also women are an integral part of a human ecosystem. Through modern health technology, these health issues are being looked upon very seriously by each country and prioritizing it too.

Soon, new technologies will emerge to help providers provide medical care with their medical condition. Researchers have introduced new medical treatments, such as a surgical device that prepares women for breast reconstruction using carbon dioxide instead of needles, and blood tests to determine if the fetus is out. Other emerging techniques include home testing, pap smear testing, and tests that determine pregnancy using sputum, for example.

Women can reduce the risk of cancer and other common diseases with medical habits and regular provider visits. However, many nursing homes are disproportionate to the shortages created by careless providers in communities (Nursing Practitioners) and midwives, concerning areas where services involve large numbers of clients. As healthcare demand in the United States grows, caregiver organizations will need more Nursing practitioners to ensure positive health outcomes for women in these communities. 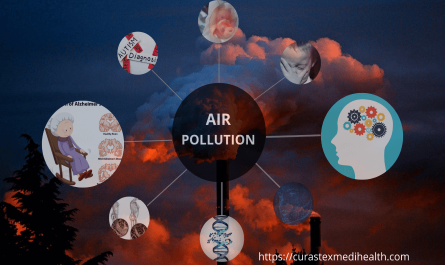 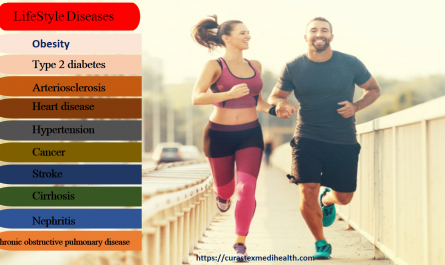