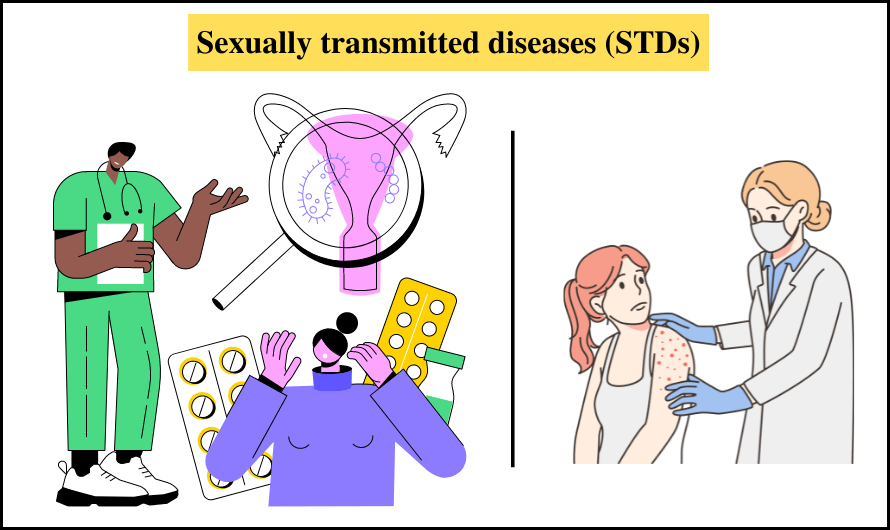 This does not mean that STDs are transferred only by sex. Infection of some of these diseases can also be transmitted through:

Here are the list of common symptoms which are seen in STDs :-

However, many people do not experience any symptoms of STDs. Some STDs lie dormant for many years.

According to the Mayo Clinic in the US, STDs without symptoms are more common because many people do not know they are infected when infected. Thus STDs are easily transferred from one person to another. If left untreated, internal damage can also occur.

According to the Centers for Disease Control and Prevention, syphilis and HIV can have serious consequences if left untreated. However, common diseases like gonorrhea and chlamydia can also cause problems if they go undiagnosed for a long time. The possible consequences of a chronically transmitted STD if left untreated are:

According to a WHO report, about two-thirds of the people in the age group of 50 years around the world suffer from herpes. No symptoms of this infection are experienced.

There is no cure for this disease, however, if you are aware of it then you can avoid it and start its treatment as soon as possible. Herpes is a sexually transmitted disease that is spread through sexual intercourse.

It is of two types, oral and the other genital. It is also called HSV 1 and HSV 2 viruses.

Unfortunately, no medicine has been made for its treatment, but research is being done.

Gonorrhea is a sexually transmitted disease. It is also called “the clap”. Its bacteria spread rapidly in women and men. Within two days to two weeks of contracting this sexually transmitted infection, the main symptom of men is burning in urine and later liquid or thick pus or bloody urine.

Women have burning and white discharge in urine, pelvic and groin pain, swelling of fallopian tubes, and sterility.

According to the CDC, untreated gonorrhea can lead to the following problems:

According to the US CDC, chlamydia is the most common sexually transmitted infection spread by bacteria and it is not experienced most the time.

If there are, they are like gonorrhea. If left untreated, the following problems may occur:-

It is also treated with antibiotics:

It is an infection of the reproductive organs and if not treated early can cause complications and turn into serious health problems. Later it may have the following symptoms:

If left untreated, the following problems may occur:-

Newborn babies often die when they suffer from it.

HPV can cause the following health problems:-

There is no cure for HPV. Although a vaccine is available, it can protect against some dangerous cancers caused by HPV.

HIV i.e. Human Immunodeficiency Virus is a virus that harms the body’s immune system and weakens the immunity of a person day by day. Feeling of fever every two to three days and sometimes high fever is the first symptom of HIV.

An early symptom of HIV is being more tired than before or feeling tired all the time. In HIV, the weight of the patient does not decrease immediately. Every day gradually there is an effect on the body system and there is a weight reduction.

Other STDs Other, less common STDs are:

Most STDs cannot be diagnosed based on symptoms. Tests are needed to determine if you have an STD and if so which STD.

Nowadays, most STDs are diagnosed by urine or blood tests. In addition, the virus can be checked for by cleaning the wound with a brush. Vaginal swabs can also be used to diagnose STDs by taking samples from the urethra and vagina.

You can also get tested for STDs at your doctor’s clinic. Although nowadays there are also home testing kits available, they are not always reliable.

There is also the option of STD testing on the Internet. Like the at-home kits, the quality of its testing also varies.

It is important to know that a Pap smear is not a test for STDs. Some women may be tested for HPV. However, a negative Pap smear does not mean that you do not have other STDs. You will have to get tested for each STD separately.

The treatment of STDs depends on their type. Depending on the type of STD you have, you and your partner should be successfully treated for an STD before having sex. Otherwise, you can spread this infection.

Bacterial infections can usually be treated fairly easily with antibiotics. It is important to use all antibiotics as per the doctor’s advice. You should continue taking them even if you start feeling better.

If your symptoms do not go away with treatment or if they come back, you should tell your doctor without delay.

Medications are also available to reduce the severity of shingles. In addition, antiviral drugs can reduce the risk of transmitting STDs to a partner.

Some STDs are neither caused by viruses or by bacteria but they can be caused by other organisms :-

These STDs are usually easily treated with appropriate oral medications.

Moderation is the only way to avoid these diseases. Apart from this, the use of condoms during sex and cleaning the genitals with soap after sex are the best ways to prevent sexually transmitted diseases.

The investigation and treatment of these diseases should be accessible to all and common people should be given proper information regarding these diseases so that people suffering from these diseases can give up fear, shame, hesitation, etc., and seek medical advice. Get vaccinated against HPV and hepatitis if possible.

You can protect yourself from secret diseases by the following measures –

1.Which sexually transmitted diseases are incurable?

2. Which STDs are transmitted from horses to humans?

Ans:- The name of the STD in horses is Equine Venereal Diseases. Yes, this can be transferred from horse but happening this is very rare.

3. What are the gay sexually transmitted diseases symptoms? 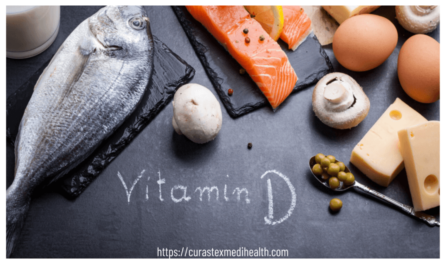 Vitamin D: Its Function, Types, And Role in Different Diseases