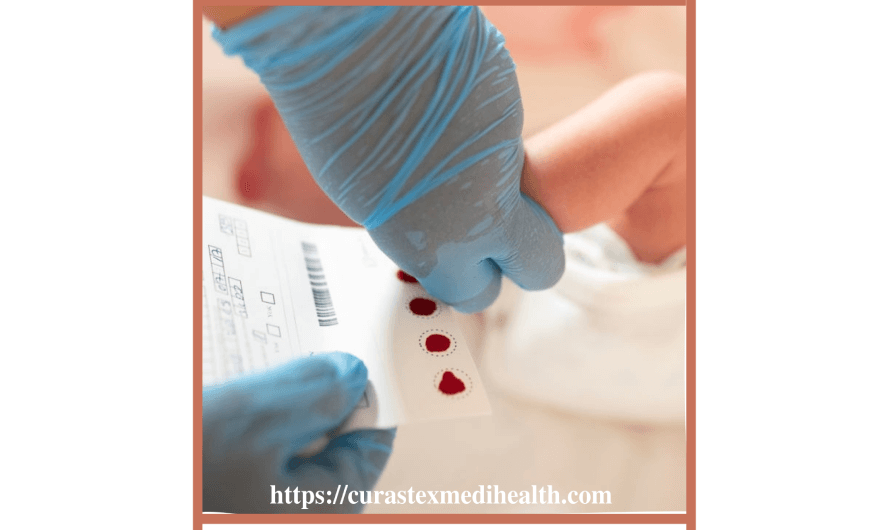 Newborn Screening for certain conditions and disorders that may impede normal development. As a rule, the test  is conducted before the infants are discharged from the hospital, i.e. immediately after their birth. Different conditions tested in newborn screening can cause serious health problems in childhood or early childhood. Early detection of these conditions and their treatment can prevent life-threatening illnesses as well as physical and mental impairment.

Newborn screening is extremely important. With screening tests, we can identify and diagnose at-risk children. Early detection and diagnosis allow early medical intervention that helps reduce and prevent mortality and morbidity associated with these disorders.

What is a newborn screening program?

Neonatal screening is a preventive health care program that is necessary to test newborns at birth. The neonatal screening program includes more than 50 plus serious illnesses that may be uncommon. IEMs, i.e Inborn Error of Metabolism or congenital metabolic errors can cause certain conditions, such as physical disability, brain damage, and even possible death, if not diagnosed and treated early.

Since the tests are done before the child has any observable symptoms, the newborn test identifies the condition and treats it before the problem occurs. It is worth noting that the screening test does not confirm or rule on any particular condition. Therefore, it is not a confirmatory test and this is only a screening test. The test identifies only infants who may have a specified condition, allowing follow-up tests and diagnosis to determine if the condition actually exists.

What is IEM (Inborn Error of Metabolism)?

Congenital metabolic errors or Inborn Error of Metabolism  are disorders that are usually caused by naturally occurring chemicals that are produced by the body and accumulate abnormally. Symptoms of the disorder can appear in many ways, from brain damage to physical development. In some rare cases, the disease can even lead to death. Unfortunately, most babies show no signs of these conditions at birth, regardless of their condition. Neonatal screening detects these conditions at birth, allowing the child to live a normal and healthy life.

What is the procedure to do the Newborn Screening Test?

The test simply requires a few drops of blood, which is collected on a special filter paper by pricking the child’s heel. After the paper dries, it is sent to a laboratory, where several newborns conditions are examined. The technique used to perform these tests is known as tandem mass spectrometry. A heel pricking  will not harm the child. A special needle, known as a lancet, is available in each collection set and a fresh lancet is used for each child. Therefore, there is no risk of infection.

Is it necessary to do Newborn Screening for those parents who have had a healthy baby previously?

In most cases, children born with this condition look and behave perfectly normal and appear perfectly healthy. With a newborn screening test,  a doctor can identify a problem with your child before it becomes a major concern. In general, a child who is diagnosed in the early stages and receives appropriate treatment leads a healthy lifestyle. If the disease is detected beforehand, then the chances of treatment of diseases starts early.

What disorders can be detected when screening newborns?

Phenylketonuria (PKU) : Phenylketonuria is a rare condition that affects approximately 1 in 10,000 children. A child suffering from this problem is unable to properly utilize amino acid, one of the building blocks of a protein called phenylalanine, which is formed in the blood and causes brain damage. It is a rare hereditary disorder that can cause severe learning disabilities. Early treatment with a special diet can prevent disability and allow infants to live a normal life.

Cystic fibrosis (CF) : Cystic fibrosis affects 1 in 2,500 children. In cystic fibrosis, mucus produced in the intestines and lungs is thicker than normal. This causes lung infection. In the intestines, it can cause difficulties with proper digestion of food. Newborn screening tests detect approximately 95% of children with CF, but also identify some children who are healthy CF carriers. Infants who test positive will have to undergo a sweat test at about 6 weeks of age to determine whether the child has cystic fibrosis or is just a healthy carrier. A healthy host does not have CF and is functioning normally.

Galactosemia : Galactosemia is an extremely rare condition that affects only 1 in 40,000 children. The disorder is caused by the buildup of galactose (a sort of sugar in milk) within the blood. Timely treatment with special galactose-free milk will prevent serious diseases. Without treatment, the child can become very ill and die.

Sickle cell anemia : This inherited genetic disease occurs primarily in African Americans, but also can occur in Hispanics and Native Americans. The disease causes severe anemia. There are different types of diseases. Early diagnosis of sickle cell disease can help reduce some risks, including serious infections, blood clots and strokes.

Maple Syrup Urinary Disease : It is a hereditary disorder that is very common among Mennonites. The disorder is caused by the body’s inability to properly process certain parts of a protein called amino acids. The name comes from the distinct smell of maple syrup in a child’s urine, which is caused by abnormal protein metabolism. Without treatment, it is life-threatening in the first two weeks of life. Sometimes or in a rare situation even with treatment, severe disability and paralysis can occur.

Homocystinuria : This hereditary disorder affects 1 in 100,000 children and causes mental retardation, orthopedics, and blood clots. This is due to the lack of the enzyme required to digest the amino acid methionine.

Biotinidase deficiency : This inherited disorder is characterized by a deficiency of the enzyme biotinidase. This enzyme is important for the metabolism of biotin, vitamin B. It affects 1 in 60,000 to 75,000 children. Deficiency of an enzyme can cause a strong accumulation of acid in the blood, organs, and body systems.

Congenital adrenal hyperplasia : Most states screen for this inherited adrenal disease. Children born with congenital adrenal hyperplasia (CAH) may not produce sufficient amounts of the hormone cortisol, which helps control energy, glucose levels, blood pressure, and stress caused by injury or illness in the body. But how does one react? CAH can also affect genital development and puberty hormones.

Medium chain acyl-COA dehydrogenase (MCAD) deficiency : This breakdown of fatty acid oxidation can cause severe disability such as sudden death and mental disability in infancy. MCAD affects about 1 in 6,400 to 46,000 children, almost exclusively in people of Northwest European descent.

What are the probabilities of a baby having these disorders?

In developed countries, infant mortality is around 5–10 children per 1000 newborns. Infant mortality in India is almost 10 times higher than in developed countries. As a result, a child born in India is more likely to die one or two years after birth. In the health sector, experts agree that 10–20% of these early deaths in the country can be prevented with initial screening.

How is that, the treatment of those disorders done?

Most of the conditions found in newborns are curable with early diagnosis. Early detection and treatment can reduce the effects of symptoms and conditions. Many disorders can be treated simply as controlling a child’s diet. 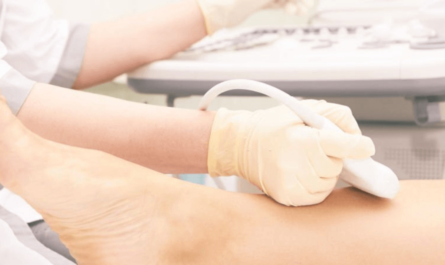 Doppler ultrasound of the arm or leg

One thought on “Newborn Screening Test”