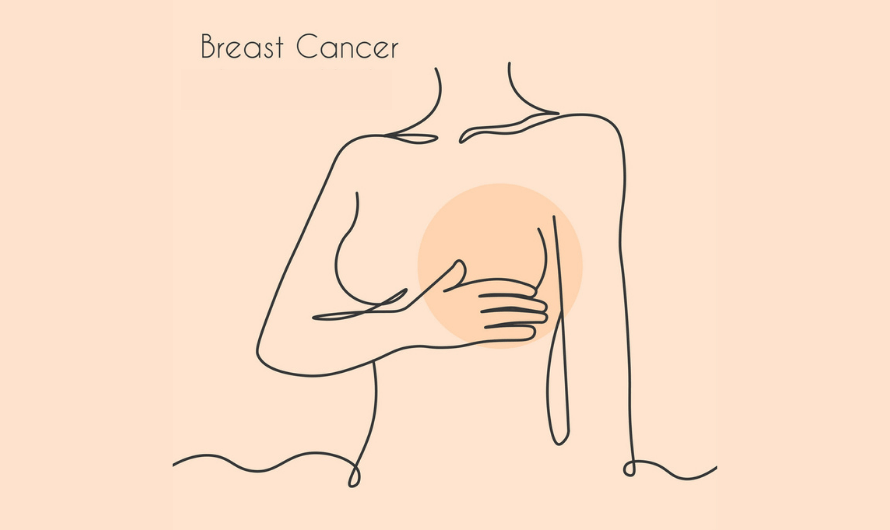 Abnormal (uncontrolled) growth of cells that begins in the breast tissue is called breast cancer. An abnormal growth in the breast may look like a lump. Most carcinomas (malignant tumors) develop in the ducts and lobules of the breast, while others develop in the breast tissue (stroma). Malignant tumors are those that have spread outside the original site to other parts of the body, whereas benign tumors are those uncommon tumors that are not life-threatening and do not spread. Malignant cells can invade the tissue around the breast. Sometimes cancer cells can travel from the breast to distant organs. A very small percentage of men can also develop breast cancer. In India, breast cancer ranks first among all cancers with an incidence rate of 25.8 per 100,000 women. In India, the mortality rate or mortality rate related to breast cancer is also high.

Breast cancer can be broadly classified on the basis of histological, molecular and functional aspects of the disease.

Each of the three categories also has several subtypes.

This classification is based on the site of growth of tumor cells in the breast. In situ carcinoma is a group of cancer cells that remain at the original site, are non-invasive in nature and do not invade nearby or distant tissues. The other subtype is aggressive in nature. These cells cross (invade) the walls of tubules and lobules, enter the surrounding tissue and multiply there.

These subtypes are associated with the expression of a specific gene in humans. This classification is useful in designing treatment strategies for people with breast cancer.

This classification depends on the type of cells from which the cancer develops. Stem cells in the breast. Stem cells are stem cells that make up all other cells. They help in tissue regeneration and can even lead to tumors when they get out of control.

Breast cancer can be divided into four stages, from stage 0 to stage IV.

Stage 0 indicates the presence of localized cancer, while stage IV indicates an advanced form of cancer that has spread to other parts of the body.

The tumor is confined to the milk-producing tube (duct) or gland and has not invaded any other tissue.

The tumor is confined to the breast tissue and measures approximately 0.75 inches.

The tumor has spread beyond the breast to distant organs, such as the lungs and bones (metastatic cancer).

Usually, the first symptom of breast cancer is a raised lump in the breast, although it can also have other symptoms, which can be a sign of breast cancer. Symptoms can be classified as a breast lump, non-lumpy symptoms, and non-breast symptoms.

A woman who has already had breast cancer is more likely to have it again.

Women who have abnormal genes inherited from family members may develop breast cancer at an early age. Common genes identified in relation to breast cancer are BRCA1 and BRCA 2.

The following conditions can put a woman at greater risk of developing breast cancer:

A strong family history of breast cancer is the most common cause.

The most common factor is age. Women over 50 are more likely to develop breast cancer than women in other age groups.

Women who have taken hormonal pills for menstrual problems or contraceptives have an increased risk of developing breast cancer.

Obesity, inactivity and regular alcohol consumption can lead to breast cancer in some women.

Women who are exposed to low doses of radiation are at risk of developing breast cancer.

Chemical exposure to chemicals such as bisphenol A, a component in the manufacture of plastics, also increases the risk of breast cancer in women working in the plastics industry.

The risk of breast cancer can be reduced by taking some preventive measures. In the case of hereditary factors, however, prevention is not an option.

Breastfeeding for a year can help prevent the chances of developing breast cancer at a later age. Some studies have shown that it is possible to reduce the risk of breast cancer recurrence if a woman breastfeeds her baby.

Most breast cancers are estrogen receptor (ER receptor) positive cancers, thus, two major classes of ER-modulators (SERMs) and aromatase inhibitors (AIs) are commonly used in women at risk for breast cancer. Studies have shown that in ER+V breast cancer, these drugs can be used as a preventive measure.

Monoclonal antibody therapy may be beneficial for women in the ER. After the first occurrence of breast cancer, this treatment can prevent the recurrence of the disease.

Breast self-examination can detect breast cancer at an early stage. It’s important to check your breasts every month to see how they feel. This helps to identify any abnormal changes in the breasts.

In addition to the breast, the armpit should also be examined. In the sitting or standing and lying position, one hand should be raised above the head and the breast on the same side should be examined with the opposite hand. In this case breasts used to be examined through Small circular motions.

Several tests and methods are available to medically diagnose breast cancer. These are:

A digital breast X-ray is recommended for women over the age of 45 to screen for breast cancer.

One of the best ways to diagnose breast cancer is a breast MRI by injecting contrast dye into the bloodstream and examining the area of ​​the breast with an MRI machine.

It is a procedure in which breast tissue is examined by injecting a radioactive molecule tracer and scanning the breast area.

Testing a tissue sample from the affected breast is the gold standard for confirming breast cancer and its type. Needle biopsy examines the fluid that is sucked out of the cancer site using a fine needle.

Using antibodies to detect the expression of specific proteins associated with breast cancer.

The use of biomarkers for protein detection in metastatic (invasive) tumors.

Breast cancer is treatable, and with early diagnosis and the right diet, complications can be greatly reduced. The mortality rate is much higher in rural India as compared to urban Indian cities, thus, better health awareness and early diagnosis can help in reducing mortality or mortality.

This involves removing only a portion of the breast that has been affected by cancer to avoid the spread of cancer cells. This is done when there is a localized tumor that has not spread to the surrounding tissue. Thus, surgical removal of the affected area of ​​the breast is the best option to prevent the further spread of cancer growth. In this type of surgery, healthy breast tissue is not removed and the breast is preserved. In cases of widespread cancer, it may be necessary to remove the entire breast. In such cases, a second surgery called breast reconstructive surgery may be performed using breast implants to restore the physical appearance.

After surgery, the area is treated with radiation that helps destroy cancer cells. However, it is associated with few side effects and can leave the site sensitive, red, wet, and weeping. Chemotherapy: This involves the systemic administration of several anti-cancer drugs either orally or by injection. The duration of treatment depends on the severity and stage of breast cancer.

This includes endocrine therapy that balances or blocks hormones, which can worsen cancer growth.

New Methods And Strategies in the Treatment of Breast Cancer

Certain botanical components (substances naturally present in plants) such as curcumin, gallate, and lycopene, which are derived from certain vegetables, are beneficial in the treatment of breast cancer.

In India, about 45% of cases of breast cancer are reported to be in the metastatic stage. Certain lifestyle changes can help manage breast cancer. These include:

The outcome of breast cancer depends on how the disease has progressed. The results are influenced by several factors such as the stage of breast cancer, the type and size of the breast tumor, the type of genes expressed, the presence of certain proteins in the samples, and the woman’s menopausal status. If caught early in stage 0, there is a 100% chance of survival. If not detected early, breast cancer can progress to advanced stages and invade surrounding tissues. In the infectious stage, treatment can be difficult. Breast cancer recurrence is more likely in women who are already infected.

Complications of breast cancer usually appear when the cancer is in its advanced stage. Complications can be broadly classified according to disease progression and treatment.

Complications of disease progression include:

Treatment of the disease ranges from conventional chemotherapy, radiotherapy and hormonal therapy to new formulations based on nanotechnology. Breast cancer can be prevented to some extent by regular exercise, controlling body weight, and breastfeeding the baby for at least six months after birth. However, having a strong family history of breast cancer greatly increases the risk of developing the disease in future generations. Thus, in such cases, regular health check-ups can be useful to detect breast cancer. Complications occur when cancerous tissue invades normal tissues of the body, such as pressure on nearby tissue causing pain, blockage of nearby blood vessels or nerves, and more. However, most complications are due to adverse effects of breast cancer treatment such as hair loss, vomiting, low white blood cell count and others. Early diagnosis and early treatment are critical to improving survival rates in this dreaded disease. Radiation therapy, chemotherapy with drugs, and surgery are the most common methods of treatment, depending on the severity and extent of the cancer. 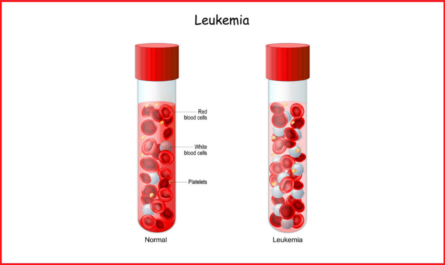 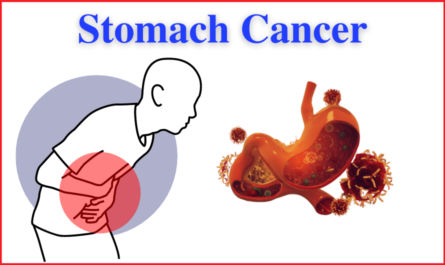